The prevention of workplace accidents caused by heavy vehicles is a major concern for any commercial organisation. 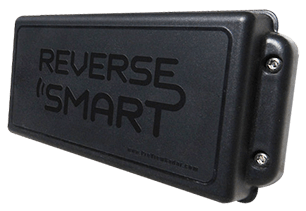 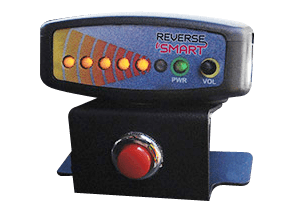 To this end many efforts have been made over the years to reduce the risk involved with heavy vehicle movements around workers & the workplace, with particular attention given to reversing manoeuvres.

Some of the controls that have contributed to improved safety include:

Investigations into the issue of reversing vehicle safety have found that whilst reversing sensors and cameras provide an additional measure of driver awareness, these systems have proven not to be the complete answer to the problem.

“Fatalities and serious injuries due to reversing plant and vehicles have been identified as currently the highest safety risk on road construction works. It is evident around the world that the traditional controls of reversing alarms and flashing lights are not entirely effective because they are usually present when the incidents occur and any control which relies significantly on administrative or behavioural controls are the lowest in the hierarchy of controls. ”

The Reverse Smart system is only powered on once a vehicle is placed in reverse gear. When the systems radar sensors detect an object or worker that is within the danger zone behind the vehicle, the unit will immediately and automatically activate the vehicles brakes – without any driver input required.

This device is a very simple, but technologically advanced system, which actively protects the vehicle and personnel working at the rear of the vehicle, and does all of this without interfering with the vehicles intended daily operation.

Reversing aids can be extremely useful. But do you put on a reversing camera system OR reversing sensors? Well it is really a personal choice.

But here are some helpful hints to help you decide-:

Reverse Sensors (when aligned correctly and where you use the 4 sensors) will provide you with an audible beeping which get closer together the nearer you get to the object behind you (or in front). When you have a constant beep.. this means that you are approx 30cm from the object behind you. Obviously if you are reversing too quickly for the ultrasonics to catch up...then it is possible that you will hit the object before you get the constant beep. This is why we stress that the reversing sensors WILL NOT GUARANTEE that you will never hit anything - common sense must prevail here - reverse slowly and wait for the beeps.

Reversing sensors may not pick up moving objects, ie children or animals running behind the car, depending on how quickly they or the car are moving.

A Reverse Camera allows you to "see" what is behind your vehicle. When aligned correctly you should be able to see the whole rear of the car. However, it must be stated that as you get closer to objects they may in fact go out of the view of the camera lens. And so it is possible to still hit objects on the very corners of the bumper. But once again, reverse camera's will not drive your car for you.... common sense must once again prevail here.